Elterwater is a village in the English Lake District and the county of Cumbria. The village lies half a mile (800 m) north-west of the lake of Elter Water, from which it derives its name. Both are situated in the valley of Great Langdale. Elterwater Bridge is a Grade II listed structure dating to at least the 18th century.

A good day out despite the weather warnings. We started off at Elterwater in heavy rain & headed to the Britannia for coffee. The hanging baskets were lovely with three roses outside the door (Kate, Nina Jenny). 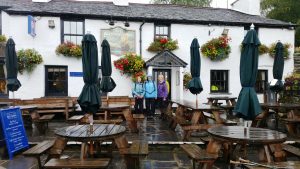 We were not sure if the river crossing would be possible. 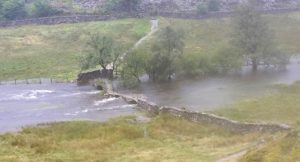 But it was & Nina was obviously enjoying it! 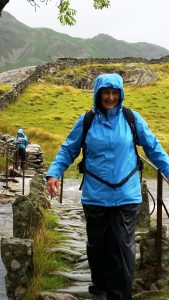 We made our way to Cathedral Cavern. This was the entrance tunnel. 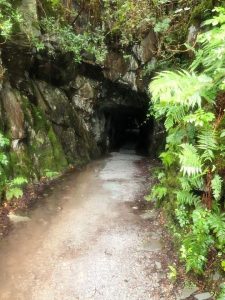 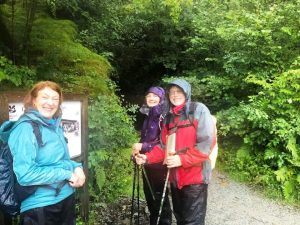 It is spectacular as these photos show. I spent some time exploring and went along the long tunnel where a torch was a necessity. 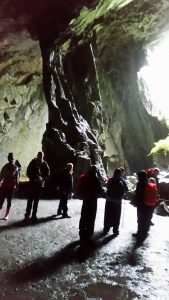 The pillar holds up the roof. 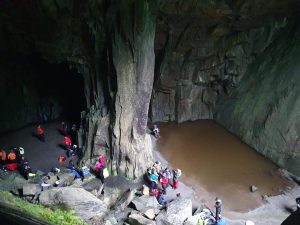 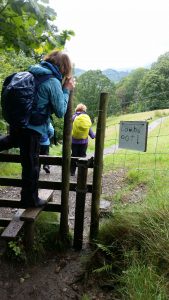 No matter how hard she tried Kate couldn’t get the pound coin out of the money tree. 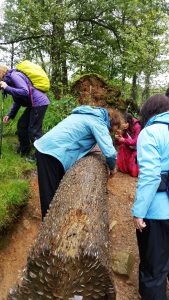 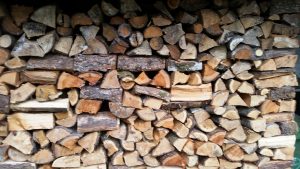 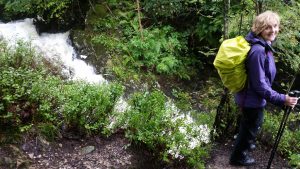 A beer in the Talbot at Skelwith Bridge was good before finishing with a walk over the hills to Ambleside.  This beer is brewed in Wasdale and is named after the chief chef’s dog “Bogi”. 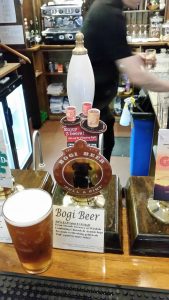 Please use the following link to see the walksheet and route maps:

For this walk there is a supplement which includes the walksheet, elevations, an alternative route avoiding roads and detailed information about Cathedral Cavern and pub menus:

Photos taken on this walk here

If you wish to join this outing click on the file name above and follow the instructions given for booking your place.

Detailed routemaps, showing proposed walk routes, are available by clicking on the filename below. 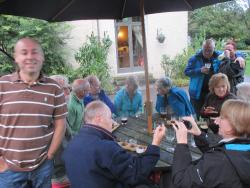 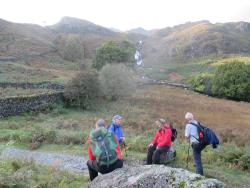 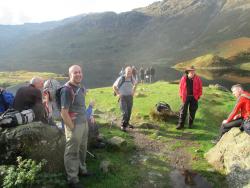 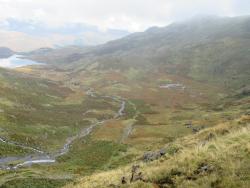 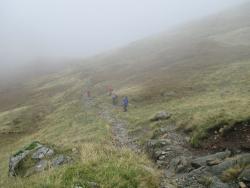 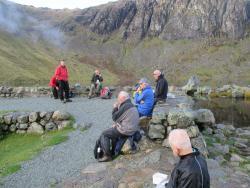 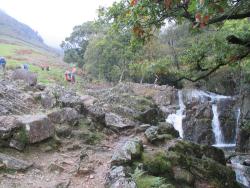 Elterwater to Grasmere in the Lake District – Saturday 11th October 2014

Our October walk will again be in the English Lake District. Another chance to enjoy an enchanting Autumn day out amongst the hills!

For further details simply click on the file name above to open the walk information sheet. Instructions for booking your place are on the sheet.